All About Pony Baseball

Baseball Drills, Strategy, & How to Play

A Bit About Pony Baseball

Pony Baseball not only teaches young players fundamental skills of
the game, preparing them for play at the high school level; but
also teaches them valuable life skill that will help them develop
into adults that can make a contribution to society.

Pony baseball plays under regulation baseball rules, the
differences are that the bases are 80 feet and pitching
distance 56. Games are 7 innings. There is a 10 run rule after
5 innings of play.

Pitchers are allowed to throw up to 10 innings a week,
and no more than 7 innings in any one 24 hour period.
One pitch thrown in any inning constitutes one whole
inning pitched. 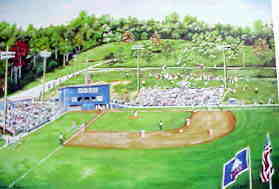