Gilbert, Carmichaels finally closed out its win over Geibel Catholic.

Lapkowicz and Karl Cole combined on a two-hitter, as the Mikes
defeated the Gators, 6-1, in first-round WPIAL Class A baseball
playoff action Thursday at California University of Pa.'s Roadman Park.

The teams resumed the game Thursday with Carmichaels batting in
the bottom of the fourth inning. Play was suspended Monday at
Cedar Creek Park after lightning forced both teams to be removed
from the field on two occasions.

"I'm just glad to get it done," said Mikes coach Dave Bates. "We
were praying it wouldn't go any longer because what it would have
done to our pitching. Right now, we're in an OK place."

The defending WPIAL Class A champions will have little time to
rest. Carmichaels (13-2) is back in action today, taking on
Brentwood at Roadman Park at 11 a.m. in a quarterfinal-round matchup.

Lapkowicz started Monday's game and worked one inning Thursday.
In five total innings, he allowed only Rob Ramsey's infield
single while striking out 12.

Cole worked the final two innings, allowed one hit, one run and
struck out four.

Donny Hewitt tripled, doubled, singled and drove in two runs, and
Shayne Busti homered and added a sacrifice fly to pace the Mikes.

Carmichels scored single runs in each of the first four innings,
then added two more in the bottom of the sixth.

Geibel's run crossed the plate in the top of the seventh inning
when Ramsey was hit by a pitch, advanced to second on a wild
pitch, moved to third on a fielder's choice and scored on a wild
pitch.

"They played well," Bates said of Geibel. "(Coach) Mark Riggin
does a nice job with them. They're well-coached, they execute,
and they do the things they need to do to win. They played us
inning for inning."
By: The Herald Standard 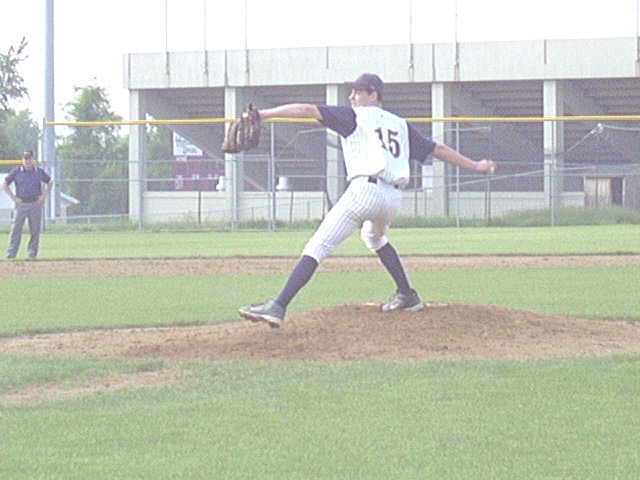