CANONSBURG - Jared Lapkowicz's first pitch left the park, but
that was all the offense Brentwood could muster and Carmichaels
advanced to the WPIAL Class A baseball semifinals with a 12-1 win
over the Spartans in a game shortened to five innings by the
10-run rule.

Lapkowicz combined with Karl Cole to pitch a two-hitter. Derek
Donaldson's infield single came with one out in the first and
from there Lapkowicz and Cole didn't allow a base runner.
Lapkowicz struck out five and Cole three. Neither allowed a walk.


Carmichaels carries a 14-2 record into Monday's anticipated
semifinal match-up against Sto-Rox (17-1). The game will be
played at 3 p.m. at the Burkett Complex in Robinson Township.

More precisely, it's a match-up of Lapkowicz against Sto-Rox ace
Adam DiMichele.

But Carmichaels coach Dave Bates continued to play his cards
close to the vest, at least for public consumption.

After limiting Lapkowicz to three innings of work and, therefore
enabling Lapkowicz to pitch up to seven innings Monday, Bates
said he wouldn't decide until Monday who his starting pitcher
will be.

"We like having the option of having Jared available," Bates said
through a broad smile. Bates said he was surprised when his
team's strategy of working Lapkowicz early, building a lead, and
then pulling him, worked. It not only worked, it worked to
perfection.

"Hey, I also predicted sunny skies and 70 degrees all of last
week," Bates said. "But we knew we'd have to use our No. 2
pitcher somewhere and we knew Karl is capable. He has thrown two
very good games in relief in the playoffs. He did a good job
against Geibel the other day and again today."

Shortstop Shayne Busti, who will be a teammate of DiMichele on
the Penn State baseball team next season, said the team's
strategy worked just like it was drawn up.

"We knew what we had to do," Busti said. "We had to score some
runs and give Jared a rest and we did it. That was our whole game
plan: scoring early and getting Jared out. It worked just like we
planned it."

Busti was part of Carmichaels' 13-hit attack with a single to
right in the first that led to the Mikes' first run on a
Brentwood error and a home run to center in the third that made
it 7-1.

He wasn't alone, not by a long shot. In fact, Jamie Bandish
brought in three runs with a walk-off home run with one out in
the bottom of the fifth inning.

In between, Donny Hewitt clouted a pair of doubles, Jared
Lapkowicz had a double among two hits and Andy Mazur and Niko
Buday added two hits apiece.

"Anybody who hangs their head over the first pitch of the game
doesn't deserve to be here," Bates said of the feeling after
Hanson took Lapkowicz deep. "It's all about mental preparation
and you can't let the first pitch affect the rest of the game. It
ends up that you get ticked off and come back and hit the ball
yourselves, win a 10-run game and get a walk-off homer to end
it."

"We were hoping our first batter would jump on him and give us
some momentum," Brentwood coach Greg Perdziola said. "That part
we got right, but we gave it right back with our fielding. We've
been trying to make routine plays in the field all year, but we
didn't do well in the field today.

"The better team won today. Carmichaels had their A game and we
brought our B game. They are a very good team. You always want to
control their seven, eight and nine hitters, but Carmichaels has
hitters all through their lineup."

And they'll go against DiMichele Monday. Whether Lapkowicz
pitches for the Mikes is a matter of debate. If you believe
Bates, that is. 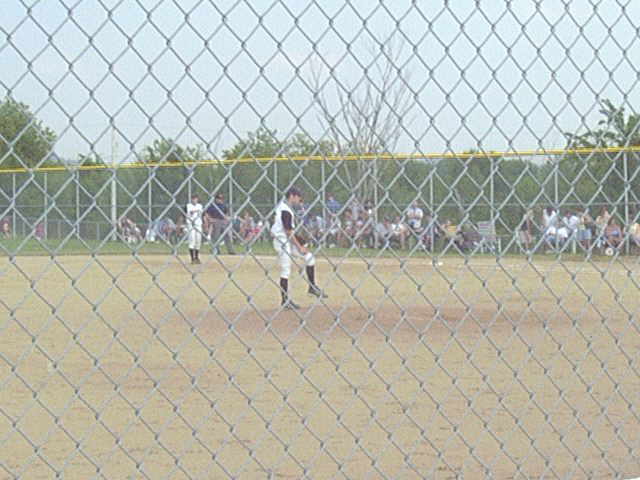